Flamenco is popularly viewed as a dance trip to sunny Spain – all colour and heat. But the first half of Eva La Yerbabuena’s new work is nuanced entirely in grey. Its title, Lluvia, means Rain and it opens on a sombre street scene in which she and her four dancers thread a stark and ­solitary path through an unseeing crowd.

La Yerbabuena has described ­Lluvia as a piece born from melancholy, a ­chronicle of her private dancing self. In these opening scenes, she is always alone, divided by closed doors from her family or friends, and her ­dancing strives to map the state of her ­isolation. At times, the choreography strays ­unconvincingly towards modern dance or mime, but when it sticks to the ­grammar of flamenco, the effect is searing. La Yerbabuena’s percussive footwork is powered into bursts of rhythmic intensity so detailed you hear them as angry, despairing monologues. Her arms are almost as eloquent – striking with the defensive speed of a cobra or stilled to a heartbreaking simplicity. When she slowly unclenches her fists and stares at her empty palms, the moment speaks of pure loneliness.

The second half makes a dramatic shift, back into the conventional, extrovert world of flamenco, but it is still presented through a heretical gaze. La Yerbabuena sends herself up as a pantomime Gypsy diva, slugging out the rhythms, ­fussing with her skirts. This section gives free reign to the show’s superb ­musicians, but it is overextended and reinforces the sense of unedited awkwardness that surrounds the show’s more experimental devices.

Then La Yerbabuena returns for a final, blinding soleá, and as we watch her, magisterially intent on both the inner and outer dynamics of her dancing, all quibbles become irrelevant. 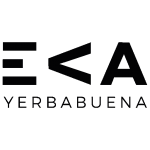